Calgary’s millennials own more real estate than those elsewhere in Canada, survey suggests 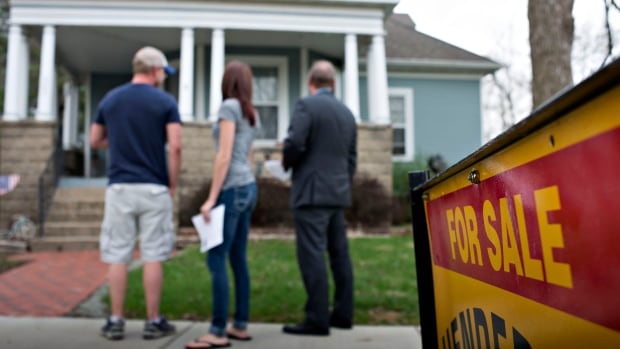 A new survey done by Royal Lepage shows that Calgary millennials are more likely to own real estate than their counterparts in other Canadian cities. (Daniel Acker/Bloomberg)

Calgary millennials own more real estate than their generational counterparts, but new mortgage rules could change all that.

That’s the findings of a new survey done by Royal Lepage that shows Calgary’s younger population owns more real estate than others of the same age elsewhere in Canada.

The survey also revealed that new mortgage rules are making it harder for that age category to buy into the market.

East Village real estate broker Lisa Mundell says her millennial clients are diverse when it comes to what drives them.

‘They don’t want to waste their money renting’

“They don’t want to waste their money renting,” Mundell told the Calgary Eyeopener. “They’re living at home a little bit longer — so we’re seeing our first buyers are sort of [in] that 23, 25 [year-old range].”

On the other hand, there are those who prefer not to buy anything at all.

“We’re [also] seeing people in their 30s that want to travel more and not be house poor and have a life,” she said.

Part of what drove Calgary to the top of the survey is the unique affordability of the downtown housing stock, particularly when compared to the sky-high cost of owning in cities like Vancouver or Toronto.

“Here they’re in [the] oil industry and tech, and they’re all downtown, so it’s affordable (housing wise) downtown — whereas in Vancouver or Toronto. you’re paying $1,200 a square foot,” said Mundell.

“Calgary condos in the East Village are going for about half that.”

Marisa Barber, 30, is another Calgary resident who isn’t too concerned about mortgage rules requiring larger down payments.

Barber and her husband own a place in downtown Calgary.

“Stability wise, I think a higher down payment seems a little more secure,” she says.

“Why not own if you can save the rent that just kind of goes to waste?”

With files from Mike Symington and the Calgary Eyeopener

Weekdays After 5pm By Appointment